The oldest male version of the wrestlers is to be found at the Ufizzi - but it is itself a marble copy of the now-lost Greek original in bronze. With this “original” in mind my aim was to create a piece that could visualise an inner struggle like the one I had experienced at the birth of my first child and subsequently wished to process and change in preparation for the birth of my second child.

For me the two wrestling bodies came to symbolise this inner struggle. When I was pregnant with my second child, I began working on this female version of the wrestlers as a way of processing two conflicting emotions: anxiety and love. My first birthing situation had been dramatic and dominated by fear. An overproduction of the hormone adrenaline will typically prevent the body from releasing oxytocin, also known as the love hormone, necessary during childbirth and breastfeeding. Seeking to take control of my own body in order to make my upcoming childbirth calm and loving, I created the sculpture of the two wrestling women as a meditation object capable of accommodating conflicting physical states.

In the studio, when re-drawing the males into females, for me, the two bodies became avatars of oxytocin and adrenaline. In 3D drawings I would view the two avatars from all angles. I was able too see "the scene" from all angle and ended up manifesting a calm home birth far away from hospitals and medical procedures.  For me, art is not just work, it’s a way of surviving. I take all important personal issues with me and bring them to bear in my work.

Next to the NFT ownership sits the CC License, meaning the AR and 3D files are given free as a Creative Commons piece 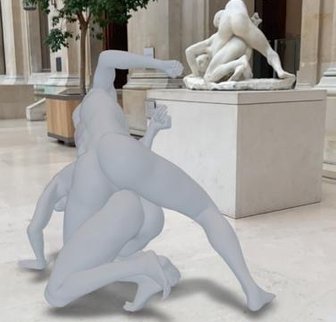 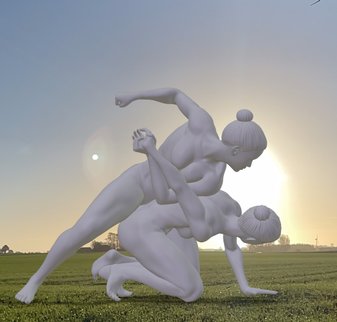 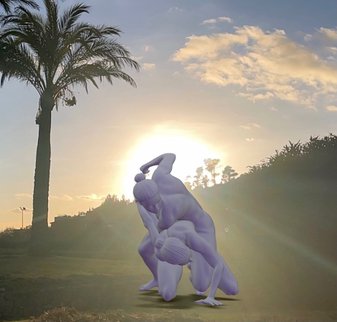 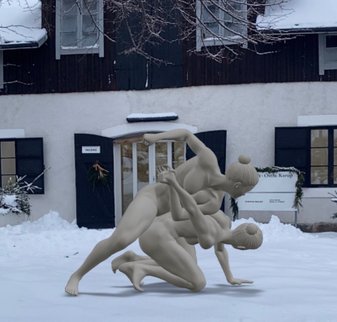 The Wrestlers - here examples of the NFT as global public sculpture

Next to the NFT ownership sits the CC License, meaning the AR and 3D files are given free as a Creative Commons piece 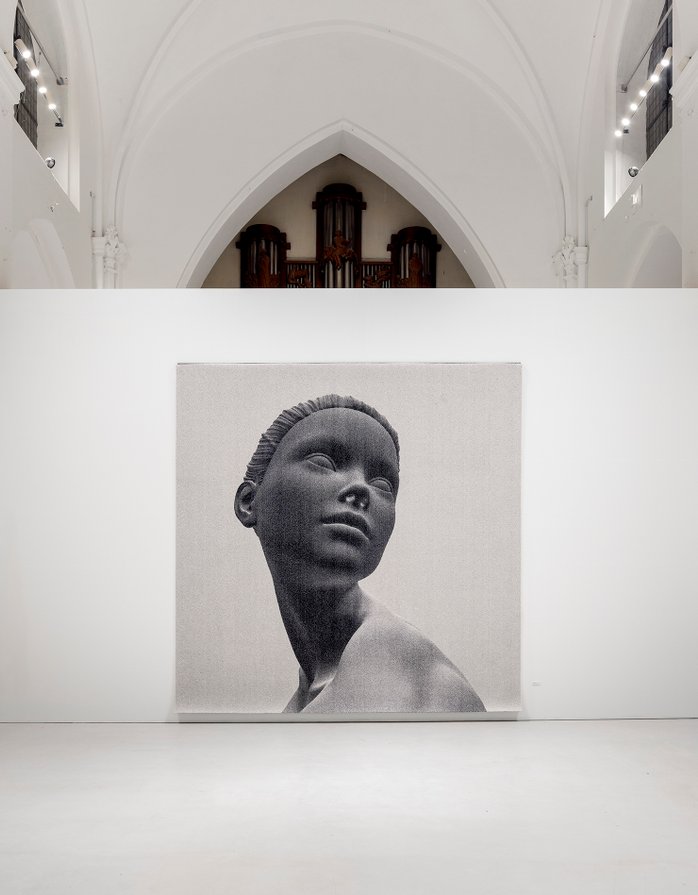 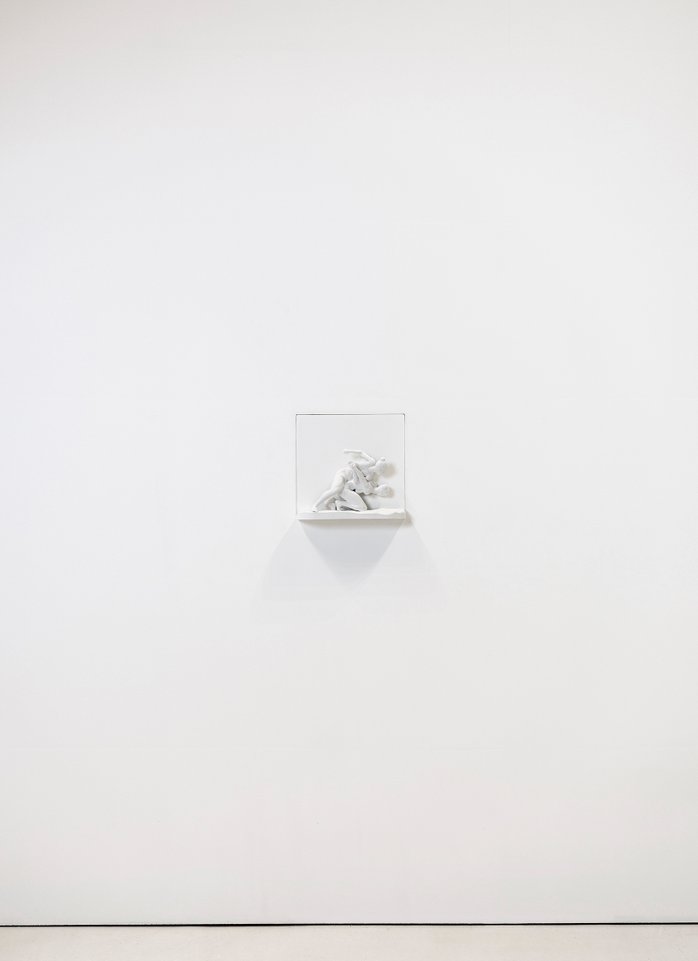 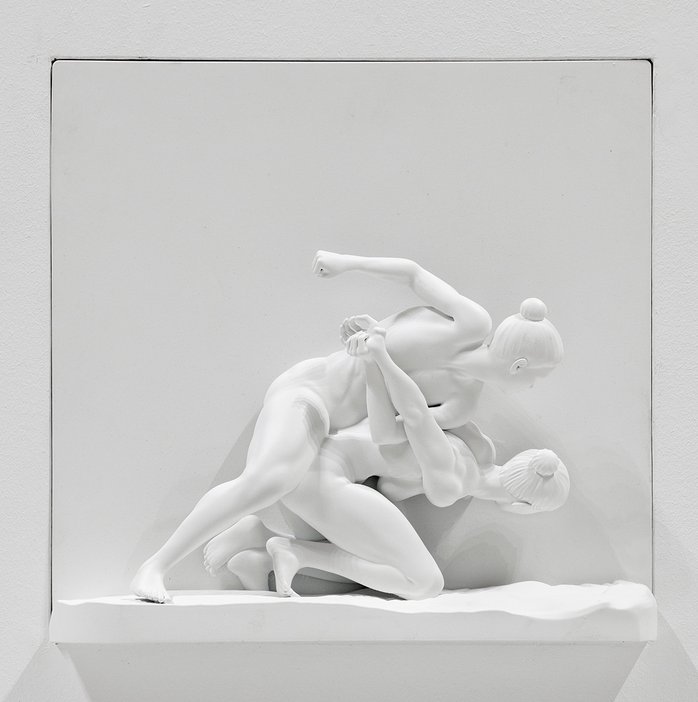 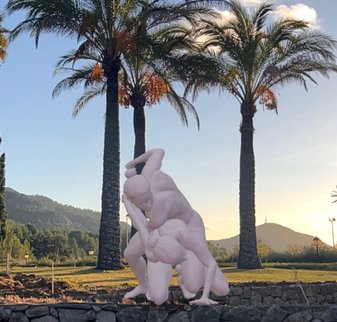 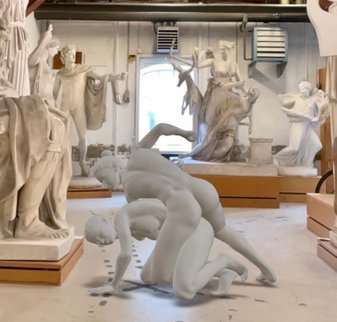 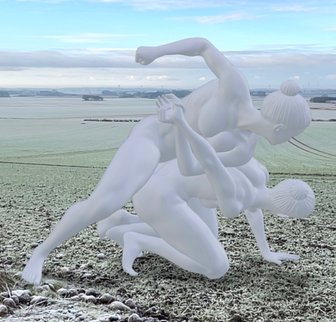 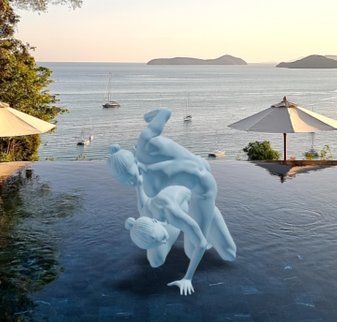 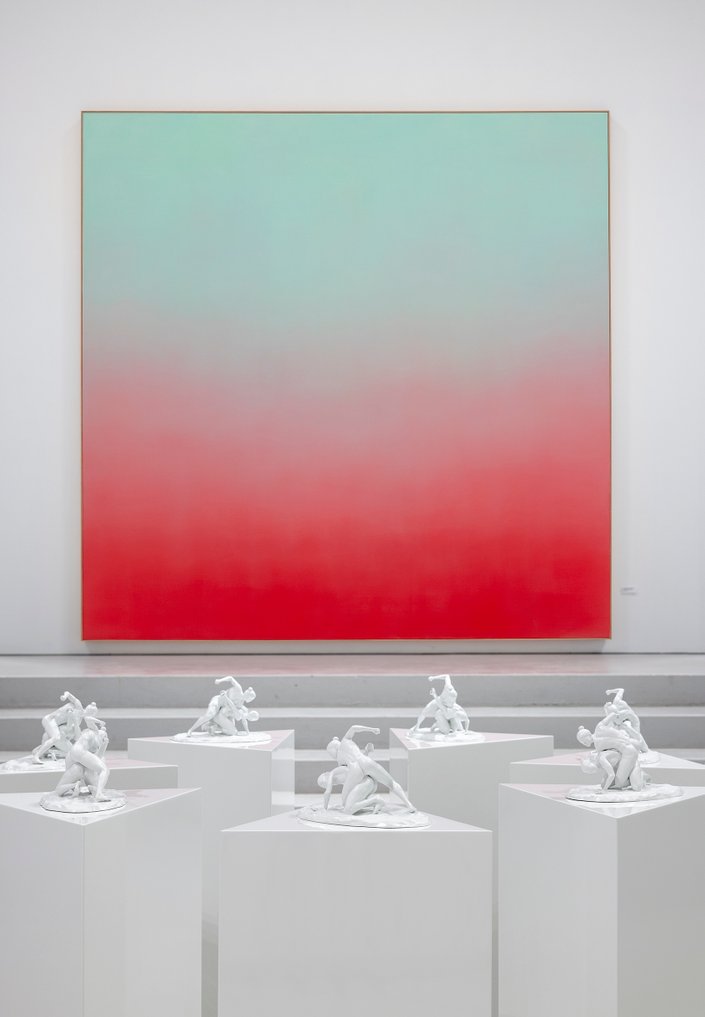